The project MILE so far. Supporting the integration of migrants, refugees and asylum seekers in the labour market

ICEI is the project leader of “MILE Migrants Integration in the Labour market in Europe”, a project funded by the Asylum, Migration and Integration Fund of the European Union and carried out in Italy, Spain, Austria and Greece, which aims to develop, implement and mainstream an effective model for the integration of Third-Country Nationals into the labour market, based on multi-stakeholder cooperation and focusing on both employers and migrants’ needs.

We have now reached the end of the first half of the project, and, so far, a wealth of activities and results have already been developed across the four partner countries. These include:

1)   A desk, qualitative and quantitative research with more than 170 employers. “Voices of European Employers. Challenges and benefits of the inclusion of migrants in the labour market. Evidences from Austria, Greece, Italy and Spain” aimed to investigate:

The research not only enabled the project partners to design effective measure for both employers and migrants, but it also represents a one-of-a-kind research at European level in the field of integration of migrants in the labour market and employers’ perspectives on this.

2)       A Capacity Building Programme carried out with about 80 stakeholders and 40 employers, with the aim to strengthen the participants’ skills, knowledge and competences in diversity management and in the integration of non-EU citizens in the labour market. Among the organisations participating: employment centres, reception centres of refugees’/asylum seekers, Chamber of Commerce, Universities, VET and research bodies, not-for-profit organisations and NGOs, Foundations, social enterprises, local and regional authorities, other public bodies, trade unions, schools.

4)       On-going local Multi-stakeholder Working Groups: these are groups of public and private organisations who meet on a periodical basis in partner cities to network, share good practices, discuss challenges and explore effective solutions and improve their knowledge and skills in the field of integration of migrants in the labour market, with focus on specific issues/topics, such as the integration of migrant women and unaccompanied minors. So far, about 85 organisations took part in the meetings of the Working Groups across the four countries, including key players such as UNCHR and IOM Greece, Municipalities of Athens, Viladecans, Athens and Innsbruck, Regions of Catalonia, Baix Llobregat and Tryol, several migrants ‘associations, Universities of Patras, Barcelona, Innsbruck and others, public bodies at local, regional and national level, several reception centres of refugees and asylum seekers, training and employment bodies at local and regional level (such as the Austrian Public Employment Service), main trade unions in Austria and Italy, and a wealth of not-for-profit organisation supporting migrants.

5)       The start of the tailored-made training and job support programme for migrants, refugees and asylum seekers in Italy, Austria and Spain, with the first groups of participants attending the skills assessment process (including via the EU Skills Profile Tool for Third Country Nationals), the training on soft skills (e.g. communication, team work, anti-discrimination, local labour market and country employment legislation, etc.) and the technical training.
In Milan, partners EMIT (training centre) and AFOLMET (Employment Agency of the City of Milan) have started the soft skills and technical training – respectively in IT and food sector – with 17 migrants, refugees and asylum seekers, coming from Mexico, Cameroon, Syria, Morocco, Mali, Guinea, Tunisia, Nigeria, Senegal, Ecuador and Egypt. 70% of them under 35 year of age and a slight majority are men. 2 of them also already had the chance to carry out a paid 2-month traineeship at two companies in Milan.

6)   A series of raising-awareness and information activities involving more than 300 people – with non-EU and EU citizens (e.g. unaccompanied minors, migrant women and University students), public and private stakeholders (e.g. municipalities, trade unions, migrant community leaders, etc.) and employers – not only to spread the word about MILE, but also to give basic information to the migrants, refugees and asylum seekers about the country and local labour market and to raise awareness about the integration of migrants in the labour market and their contribution to EU economies. 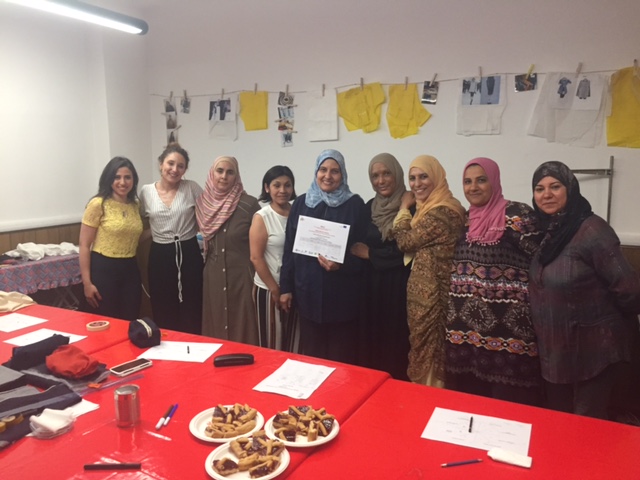